Hide Search
You are here: Home / Archives for Halloween House 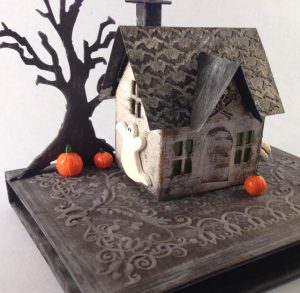 When I made Jack's Halloween house I cut out another house from the same pattern.  I didn't want the house to look exactly like Jack's house because why would you want TWO Jack's houses. I decided I needed to do something very different so … END_OF_DOCUMENT_TOKEN_TO_BE_REPLACED 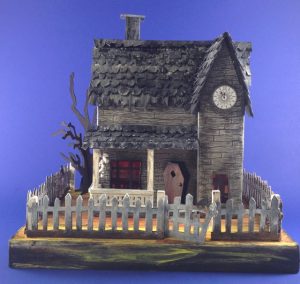 Ok, this is probably my last Halloween house of the this season because I've got to get them completely ready to sell on  October 1st. This is the only house that I've made specifically for one person. My friend, Jack, is an absolute … END_OF_DOCUMENT_TOKEN_TO_BE_REPLACED 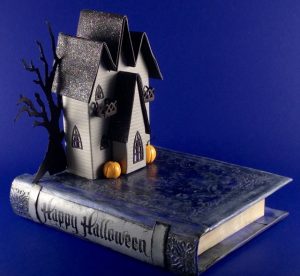 This house is called "Triple Gable Gothic". You may recall a photo of it in one of my earlier posts. I felt like it was a little boring. The roof is made out of glittered paper rather than cardboard with glitter which is more … END_OF_DOCUMENT_TOKEN_TO_BE_REPLACED 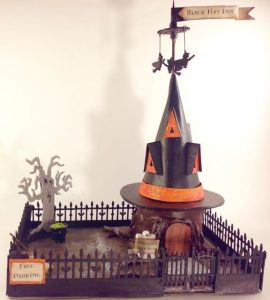 Since the Black Hat Inn is one of my more popular houses, I thought I would go over some of the details involved in making it. I got a lot of ideas from the Cardboard Christmas forum and posted some of this same information there. I wish … END_OF_DOCUMENT_TOKEN_TO_BE_REPLACED