I got back from my trip to Maine where I saw my friend, Lynn, finish the Appalachian trail. She started in 2013 at Springer Mountain GA with her husband and 2 dogs. I drove them to the start of the trail since I live in Upstate SC. Their trails names collectively are "The Four Montanans". They made it 1200 miles when one of the dogs started having troubles on the rocks in Pennsylvania and they had to stop. Since then Lynn and her husband alternated doing the trail and both finished this year. I wanted to be at the finish so I flew to Maine to see her finish in Baxter State Park by climbing Mt. Katahdin. Mike (her husband) finished in August. It was an incredible trip and deserves its own post because it was both eventful and successful. I am so proud of her.

Here a just a couple of photos for starters.

This photo is the first view we had of Mt. Katahdin from the Abol Bridge Campground just outside Baxter State Park.

More later in a specific post about the week in Maine.

I arrived home on Tuesday the 12th, the day after remnants of Hurricane Irma came through. I had incredible luck that day - one I traveled on the 12th, not the 11th and my neighbors huge oak that split in two did not land on my house.

Next update is that I have all the houses for Haunted Holtzville done and most (if not all) of the landscaping on the houses.
Here is a brief view of the last 2 houses. First, the small one made from Tim Holtz' Tiny House die from Sizzix.

And here is the metallic Haunted Holtzville Manor. 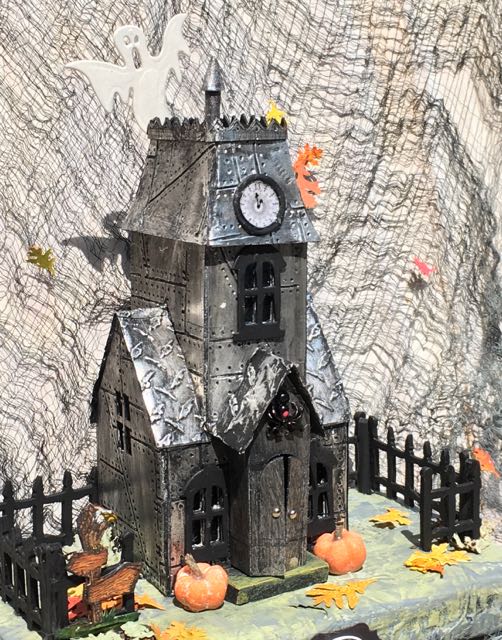 More on it later as well.
So that is my brief update. I have a long shift tomorrow - that's why this isn't a more detailed post.

Have a good day everybody. 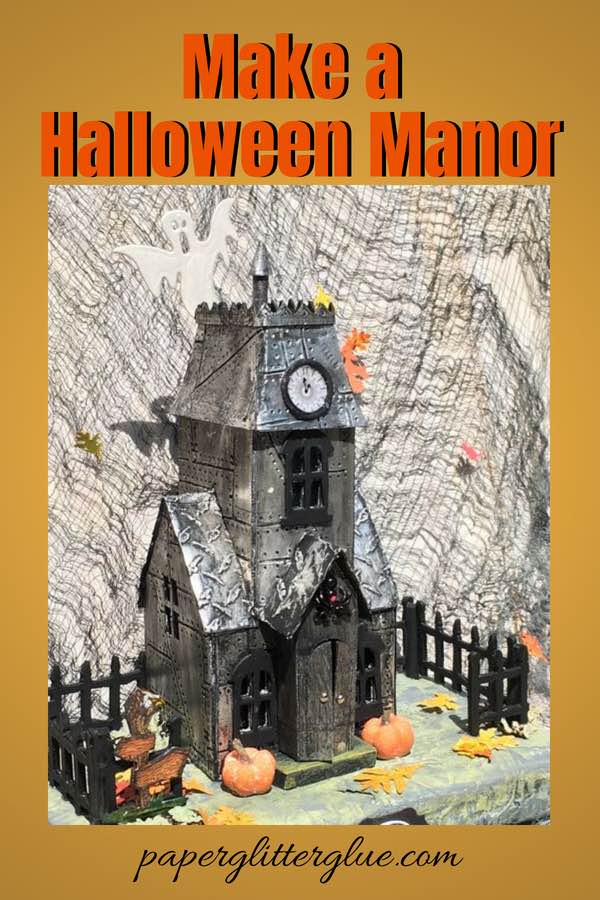