One of my friends asked me to send a birthday postcard to a 10 year old boy who's having his birthday on Thanksgiving and hates turkey and is having some rough times. She was trying to organize a card from all 50 states. Well, I'm pretty far from Montana so I got drafted for South Carolina. The only problem is that I don't have any postcards. I guess I could find a Furman one or a Clemson one, but I really didn't feel like doing that.

So I decided to make a card. It's a little hard for me to know what boys like so it took a little while for inspiration to take hold. I have a Tim Holtz die of the United States so I decided to make it about birthday greetings from South Carolina to Montana. I used some of my keys left over from the Steampunk Key house and some brads to keep it kind of masculine. I am pleased with the design. I will mail it tomorrow; it will get there probably a day or two late, but that's ok. 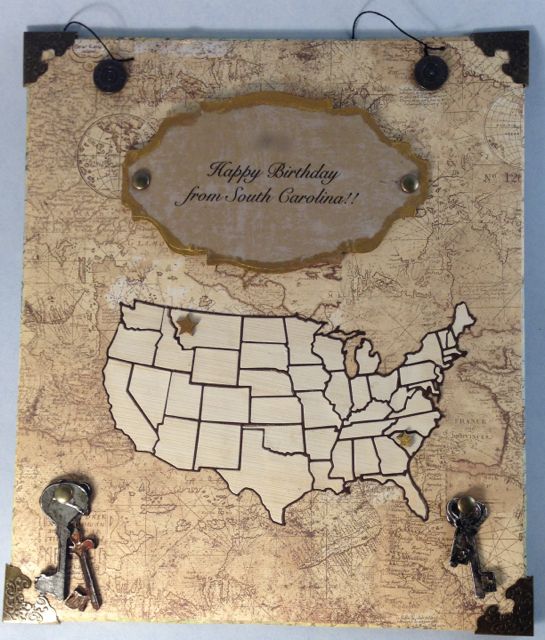 I designed it so he can hang it up if he wants. Also he can take the brads off and add his own stuff if he wants to.