Ok, finally I am putting my little houses on bases so they can be sold.

They look so much better with a base. The ones I am going to show you today are houses on circular bases. Some of these are my very first houses.

This is the Little Skeleton House. It's designed to be not so scary for kids. The windows are opaque so there is no hole in the back to install a light. I made the candy and pumpkins at the base out of polymer clay. This base is an actual ribbon roll. 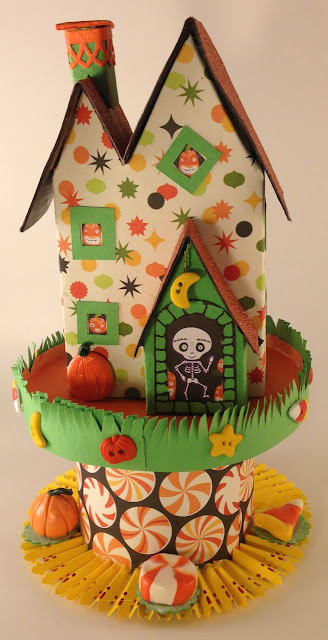 The next house is the Spider house. It remains one of my favorites even though I made it months ago. 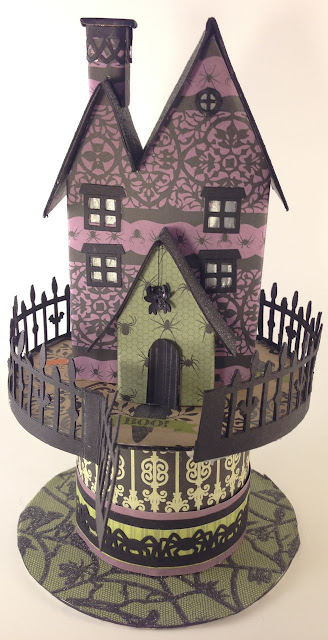 I really struggled with the Bat Wing House. I put down wires under the paper to function as the wing bones. They did not want to be glued down. Then, before I decorated it and put it on a base it was very boring, but I think it looks pretty good now. Neither of these views show the tree that the owl is attached to. I used some Graphic 45 Rare Oddities halloween paper to for the base. The punched out bats are from EK Success punches. The tree you can't see is the Tim Holtz tree that I've used on other houses and the owl is from the Tim Holtz Sizzix strip die called Halloween shadows. 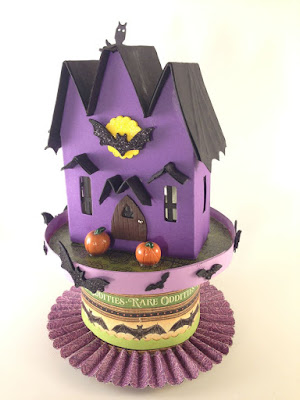 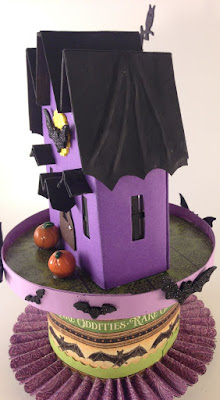 Finally, here are the Candy Corn Houses completed on their bases. I used some of the Graphic 45 Rare Oddities paper here as well. The cylinder is covered with a Reminisce halloween paper. It's the same paper I used on the roof. This is Candy Corn 1. 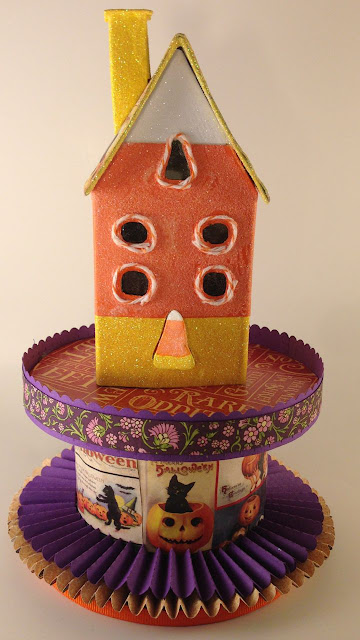 Ok, I made 2 houses from the Candy Corn 2 pattern. I didn't really like them by themselves, but they are much improved now that they have a landing pad. 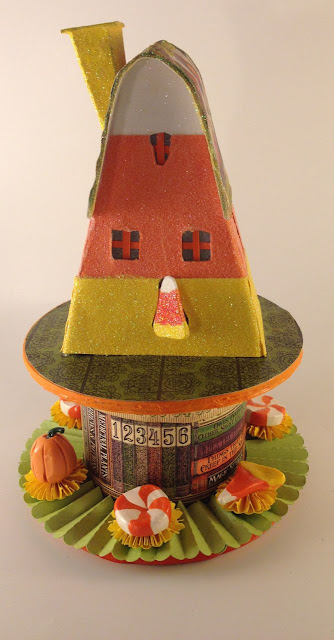 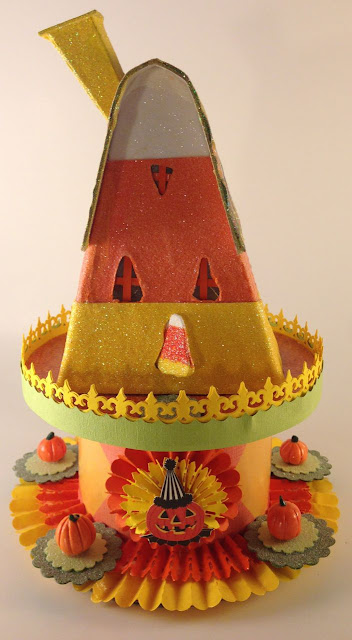 And finally Candy Corn 3 - the final design shown on it's base. I made this base so you can take off the lid and put the LED candle inside because there is no hole in the back to let in light. 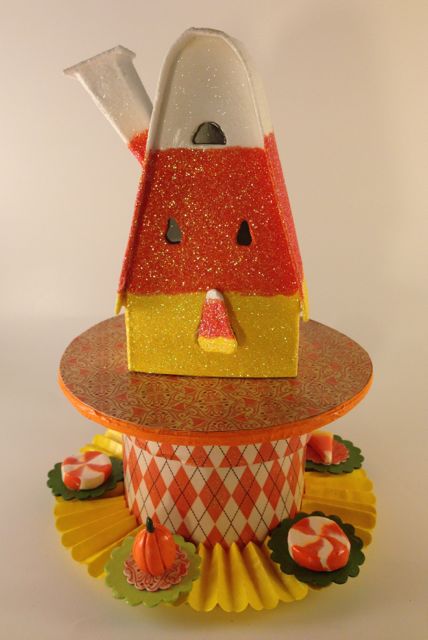 Don't you think they look better? I have several more that need bases and I've got 2 new really cool houses in the works. That makes 23 if I get all of these finished by October 1st. Not what I was hoping for, but a pretty good number of houses.

Thank you for looking at my crafting stuff. Have a good day. 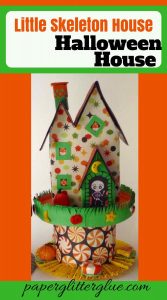