I don't think I put a good photo of the Steampunk Key House on this craft blog. I think the only photo is before I improved my photo techniques and I had to take them outside on the fence post to get enough light. I love this house. I worked on it for 2-3 weeks and ordered multiple lock and key dies to get it the way I wanted it. I made all of the keys from layers of cardboard with metallic duct tape (real duct tape truly made for ducts) and inscribed them to make them look like metal. Most of the keys on the house move and the keyhole door pivots open. 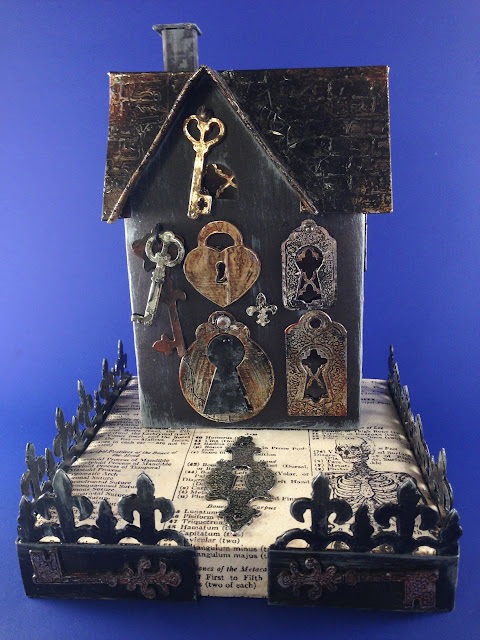 I also finished a house that was conspicuously boring and now it looks good. I think the base paper is what makes it. It sold the minute I took it to work.  It's called the Arachnid House. You can easily see why. 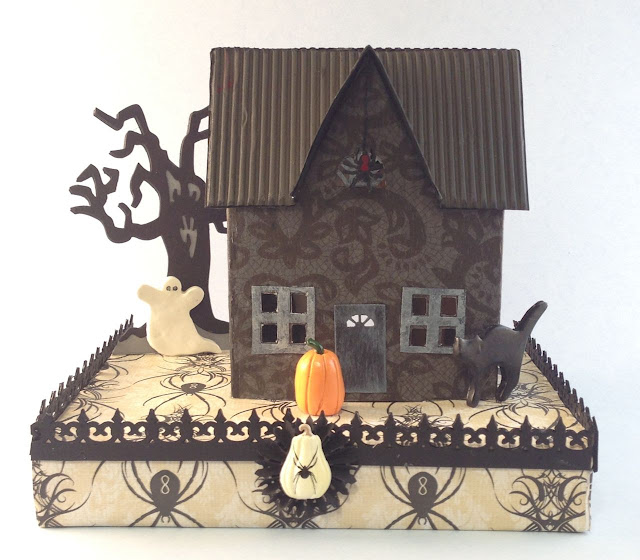 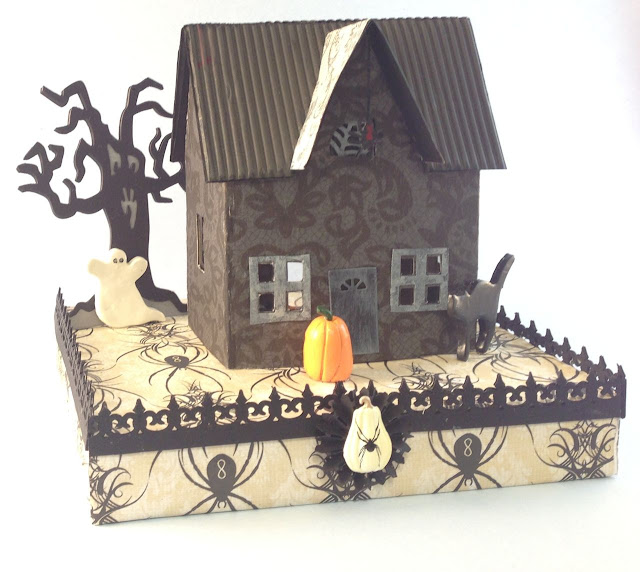 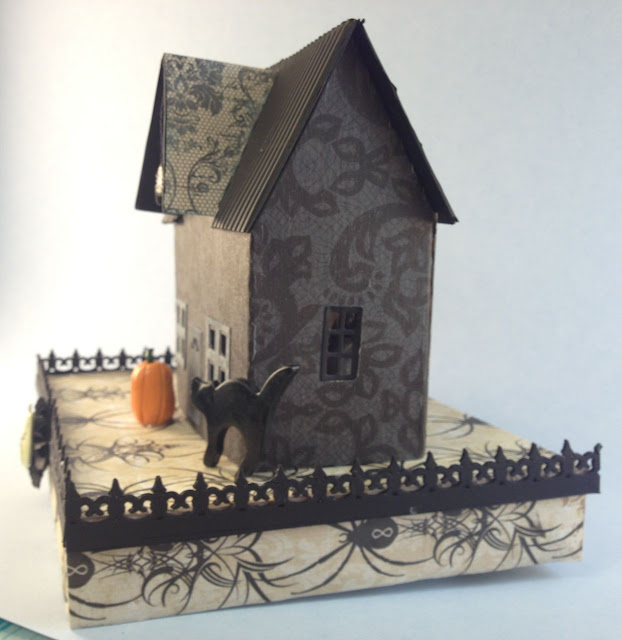 I initially made this pattern because I wanted a house that was very easy to put together. And it is, but I just didn't make it interesting unlike some of the others so it depended on the base (once again) to make the house interesting.

The paper is "Arsenic and Lace" that I got from Scrapbook.com. The fence is a retired Martha Stewart "Iron Gate" punch which is available on Amazon at the time of writing this post. The window  frame is from Elizabeth Craft "Holiday House" die that is currently sold out. I love the scary tree. It's from La La Land. The paper I found at Hobby Lobby - Jolee's Boutique Halloween paper pad. Several of the pages are really great. I made the rosette on the front with a Martha Stewart fence punch that I folded into a rosette and put a Jolee's halloween pumpkin on the front. The spider is from EK Success Spider and Skull set. The spider didn't show up until I painted the red hourglass shape on the back. I know that Black Widow spiders have the red hourglass on their abdomen, but I took a little poetic license for art's sake.