I just finished this metallic Village Manor for the Haunted Holtzville Halloween Village so I get to include it in this week's Simon Says Stamp Monday challenge "Shimmer and Shine". How lucky for me!! I'll discuss some details on how to make this fun miniature paper house.

I made this by covering some cardstock with metallic duct tape and running it through Tim Holtz embossing folders called Diamond Plate and Riveted Metal. 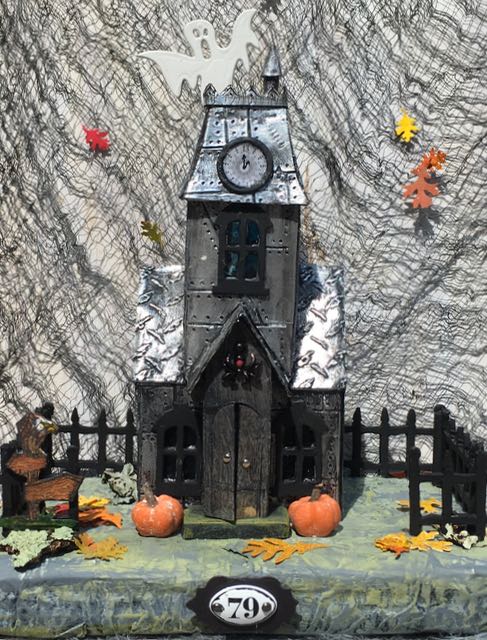 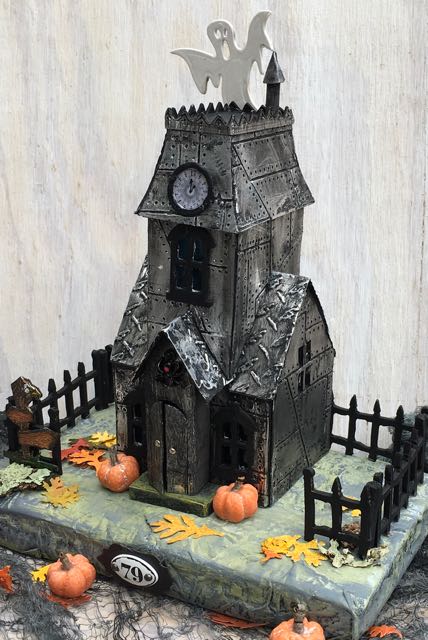 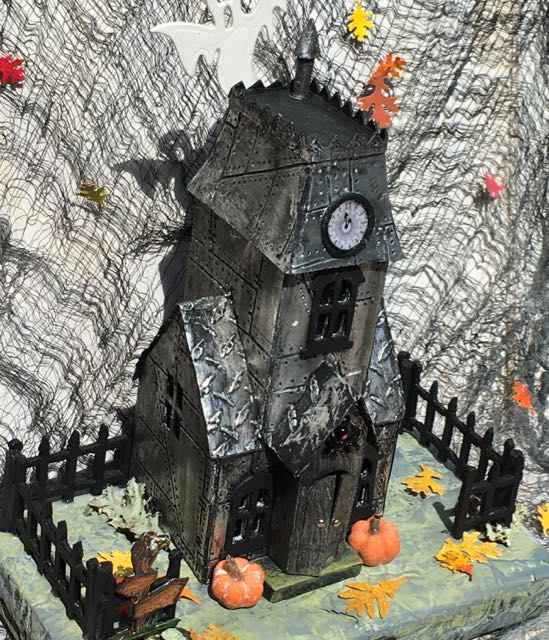 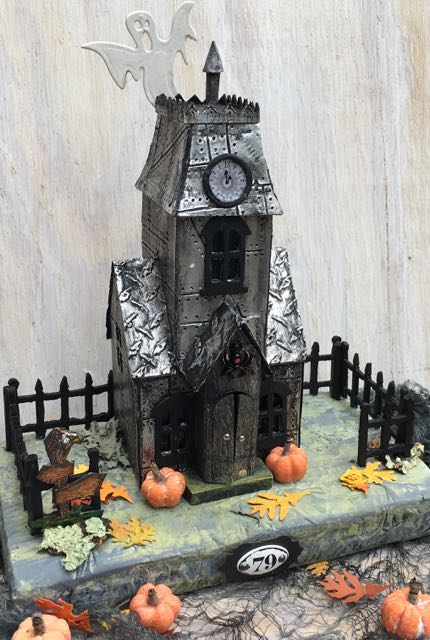 I cut the pattern out using the Village Dwelling and the Village Manor dies, then I did not like the way it looked when I cut it out and I set it aside for weeks. Eventually I needed another house for Haunted Holtzville so I decided to build with these cut pieces and POOF! I liked it. I distressed the surface with Black Soot distress paint. And then I liked it even more.

I used the 13 hour clock on the top of the house that I found that online about 2 years ago. To my way of thinking it's fun Halloween detail. I made the chimney pipe on top by rolling up black cardstock and gluing on a small cone. The chimney is distressed with Ranger's Brushed Pewter Distress Stain which provides a very nice shiny metallic effect. A hanging spider was colored with Rangers Enamel Accents and added to the foyer piece.

Looking at the photos I see that I forgot the window frame on both sides. That's easy to remedy at least.

Make a Cardboard Base for the Spooky Little House

My base is layers of corrugated cardboard as usual with a square cut out underneath the house to insert an LED tea light. Other embellishments include leaves made from various leaf punches and stained watercolor paper, the new Idea-ology pumpkins which were altered by gluing in a twig stem and a fussy cut vulture from the new Tim Holtz Stamper's Anonymous Halloween 2017 release. I love how forbidding the vulture looks.

That's my Shimmer and Shine entry to this week's Simon Says Stamp challenge. Ya'll have fun with the challenge. Thank you for stopping by. 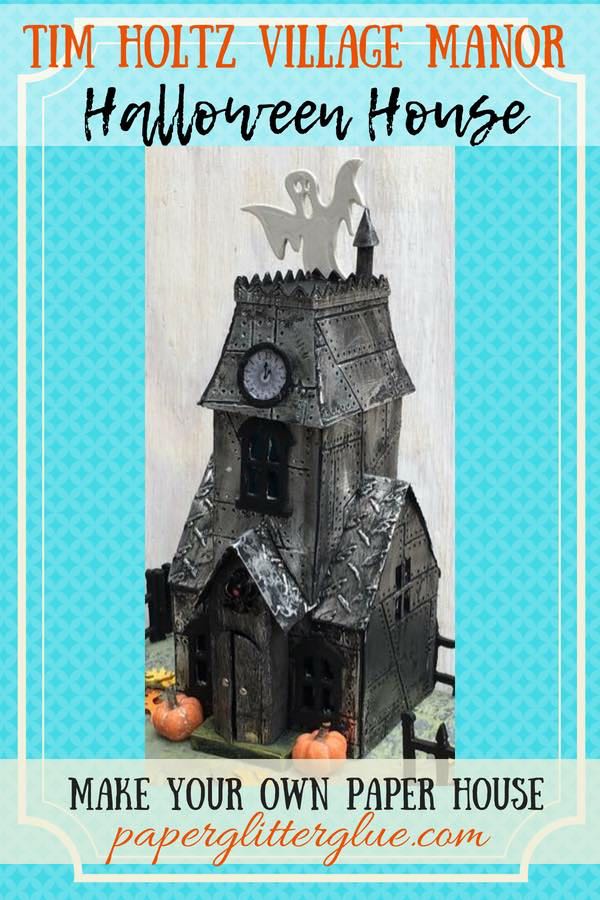 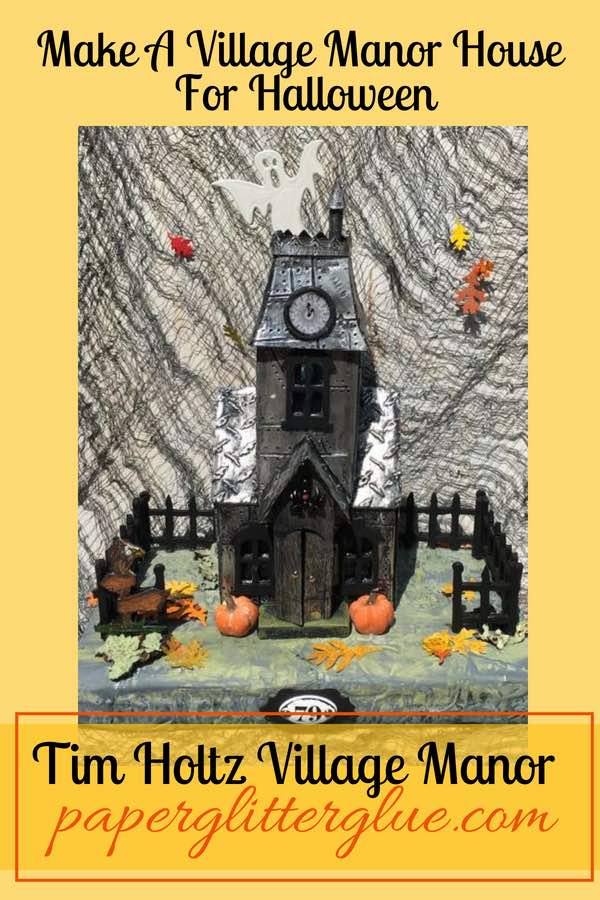 482shares
Previous Post: « Trail Magic on the Appalachian Trail in Maine
Next Post: Recycled Tiny Halloween House in a Jar »