I was a pinworthy challenge winner from A Vintage Journey's The Magic of Three Challenge. Very excited to be chosen. AND I was chosen with some incredible artists - Barbara who posts on a blog called YaYa Scrap and More and with Nate who has a blog named Le Scrap de Nate. So when you are a pinworthy challenge winner that means you get asked to be a guest designer for the blog sometime in the future. Well, that is today - the challenge is titled "All Squared Up".

I was told the challenge topic about 2 months ago and I was so relieved to have an idea to work on. I recently read that Vincent Van Gogh used a frame device to help with perspective. I always thought great artists like Van Gogh just instinctively understood perspective and that his drawings were flowed from that. Now I don't really know how his device worked, but it gave me an idea to work on perspective using framed squares. I used the Tim Holtz cityscape buildings as my objects that get larger as they get closer to the viewer.

This project is called, naturally enough, City on the Square. 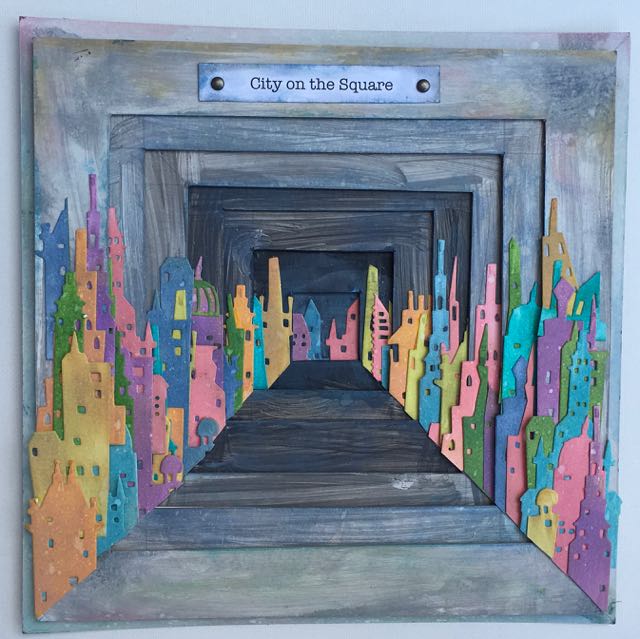 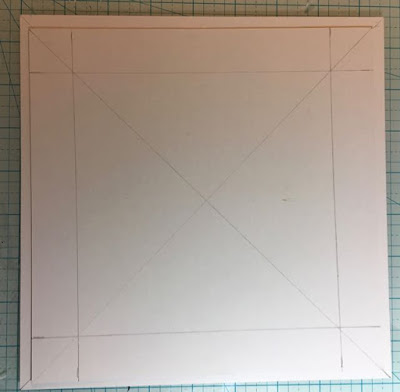 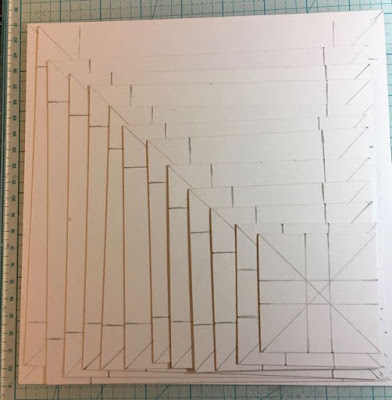 I cut a bunch of squares each one smaller by ½ inch. I cut out the centers to make the frames. Every frame was painted a different color. The plan was for the background to recede so I made it darker, then the rest were successively lighter. I played around with the Distress Oxide colors for these frames.

The cityscape buildings were stained with various Distress inks and Distress Oxides.

Then I arranged them on the edge of the frame to get bigger and bigger as the frames got larger. I also cut the bottom of the building at an angle. I glued some strips of cardboard on the back of each frame to help them protrude a little to emphasize the perspective.

When I conceived of the idea, I wasn't sure how it would work, but once I started placing the buildings on the the edge of the frames, I realized it did work. Kind of a fun artistic exercise for me.

Thank you everyone at A Vintage Journey for picking me for this challenge.