Just finished the Candy Corn Putz House. I was inspired to make a Candy Corn Putz house about 3 years ago because candy corn is such an iconic shape for Halloween. I've made several variations on the house, but finally I think I have it figured out the way I want it. It's designed as a house that a child would love - a whimsical, colorful house, not spooky at all. You can make your own little Candy Corn colored house with the free pattern in the library. 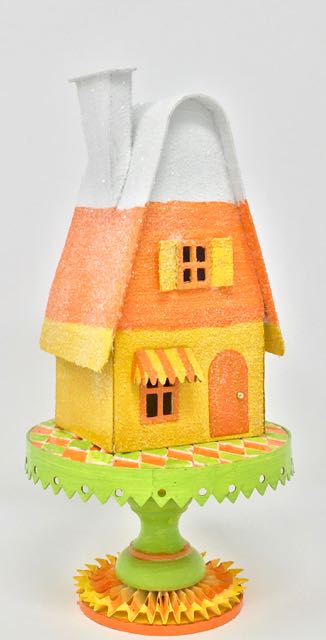 Side view of the Candy Corn Putz house

The pattern to this little house is available now at the paperglitterglue resource library. Of course, it is free just sign up for the newsletter to get access. 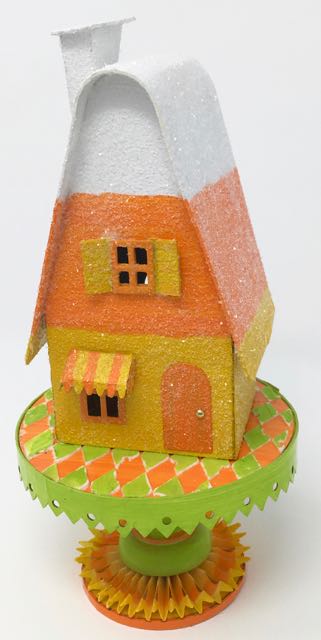 The house itself is painted with Ranger's Mustard Seed Distress paint and Carved Pumpkin, of course. In some of my photos the house looks kind of drab. I finally realized that it was the lighting I am using. When I took photos outside, the colors were much brighter. 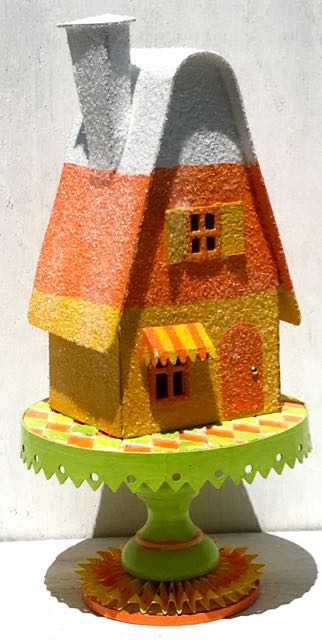 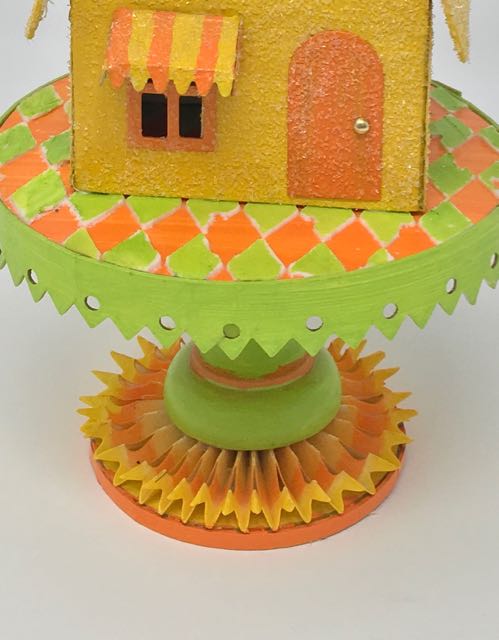 Ombre Base to the Candy Corn Putz House

I'd like to talk about the base a little bit because I think it adds a lot to the house. Generally, I make the base for a little house like this on a ribbon roll, but while I was working on this house, an idea came to me. Sitting right before me, stored in plain sight were some Tim Holtz Vignette Finials that I knew would make a great base for this house. Because the house is top-heavy I placed the finial on a 2 inch circle covered with one of the Sizzix Thinlits Rosettes that was painted using an ombre effect. The wider base on the bottom gives the whole thing more support.

The house needed something to sit on as well so I used a 4 inch circle painted with Carved Pumpkin orange and covered with texture paste applied through the Stampers Anonymous Harlequin stencil. I used Twisted Citron to paint the raised areas. The little house needed more color than yellow/orange/white. The edge of the base was covered with a Twisted Citron-painted cardboard strip cut from the on the edge Mini-Scallop and Pinking die. To give it a little more interest, I punched a small hole in every other peak. I painted the finial with Twisted Citron as well. This idea for a Putz house base worked out very well and will be used again.

I tried to paint the house so there was an ombre effect merging the Mustard Seed yellow with the Carved Pumpkin orange, but I was not successful. I am still going to share this with the Simon Says Stamp Monday Challenge which is "Ombre" because I was able to do the ombre effect on the rosette.

Thank you for stopping by. Please feel free to pin any of these images to your Pinterest boards so you will remember where you saw the Candy Corn House. 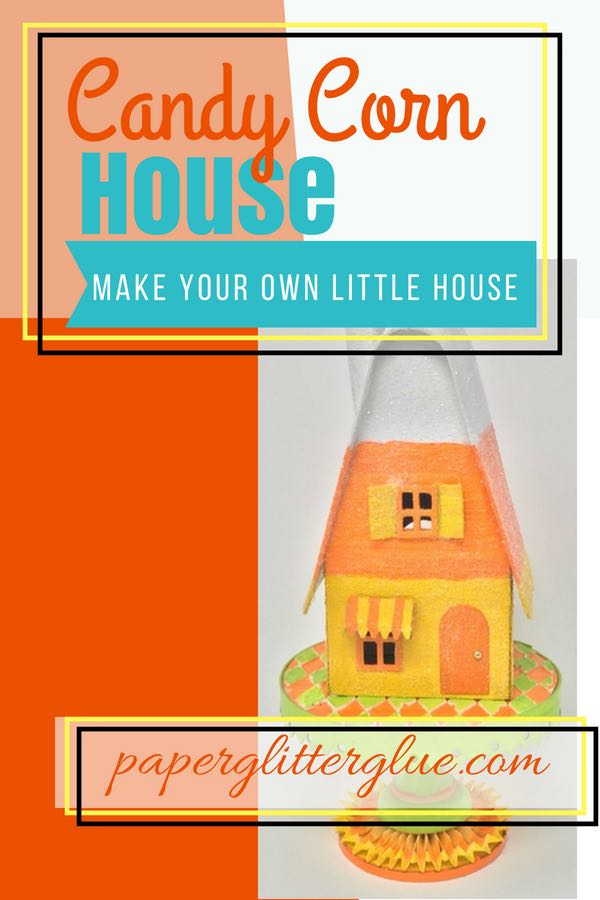 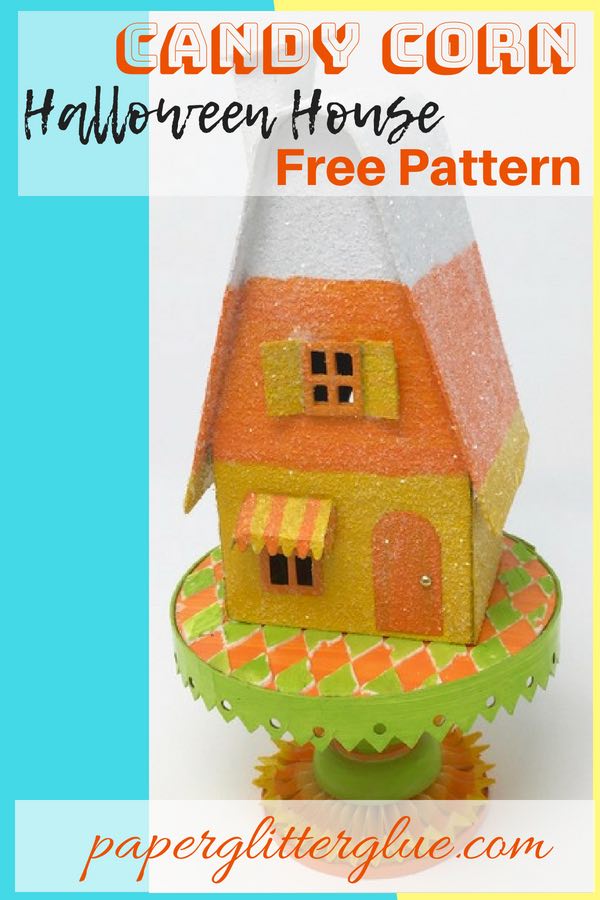