I've just finished my second Haunted Manor using the Tim Holtz Village Manor die by Sizzix. I decided (as I always do) to make it a little different from the first Haunted Manor. I made a Clock Manor and it evolved from there. 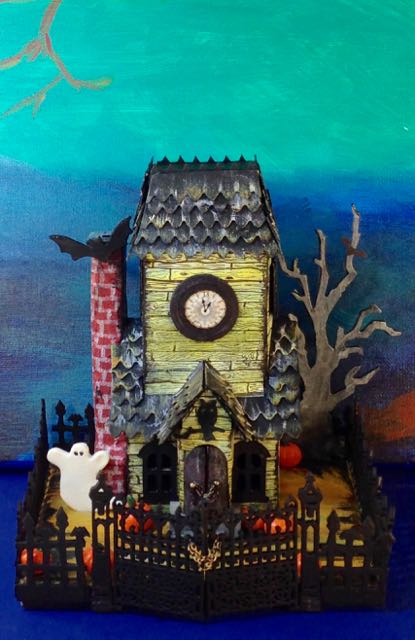 I turned the rectangular base that the mansard roof sits out so that the wide face is forward. That leaves more room for the 13 hour clock. I had to cut out a v-shaped section for the gable front to fit it. I just used the same angle as the ones on the sides since the pitch of the roof is the same.

I struggle with using color. I am so much more comfortable with black and grey and dark colors. My choice for this house is Ranger's Distress Stain in Peeled Paint over my drawing of random boards. 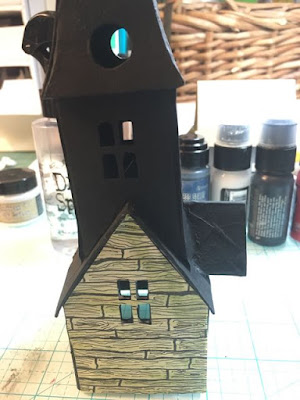 One unintentional detail you may notice here is that I didn't exactly glue it on straight. That's ok - it's a haunted house anyway.
Because I turned the upper part sideways, there was no room for a chimney on the roof so I made a chimney that goes on the side. I colored it with Distress Fired Brick color which was a little too pink for my liking. In order to tone that down I distressed it seriously with Black Soot which is appropriate for the chimney. 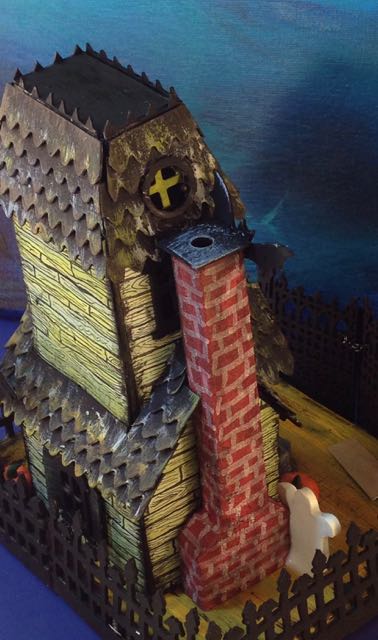 Since this Village Manor has come out there are more and more projects that you can find on Pinterest or Instagram. I will truthfully say I borrowed some ideas from what I found. One idea was not on the house, but on the new die "Lost Zombie" also by Tim Holtz and Sizzix. Nicole Wright on her blog, Canadiannickelscrapn.blogspot.ca made a project called "Zombie Walk". The zombie has chains on his wrists. I thought it was a seriously cool detail. Since I mostly make houses I wondered how I could add a chain to the house. Also her Village Manor house had lots of boarded up windows. That got me thinking as well - what if I chain the door closed? I had to experiment for a while to get the tiny chain to drape around the little brad doorknobs, but I was finally able to do it. 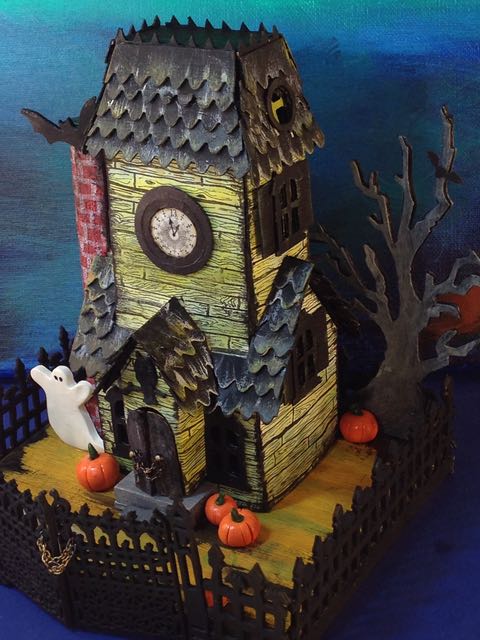 Then the other really cool die that has come out is the Gothic Gate die - which lead me to think about chaining that gate shut as well. Finally the idea evolved into not a "possessed" house, but a "re-possessed" house. Kind of funny for a haunted house to my way of thinking.
The other idea I borrowed was from Annette Green's Whimsical Haunted Village. She made 3 adorable houses with Graphic 45 papers and the Village Dwelling sets of dies. On her Manor house she used the shutters under the Manor window piece which I really liked as a detail. I was only able to do it on 3 windows because the front windows are too small and one side of windows my haunted manor is obscured by the chimney, but it looks really good on the side where it is visible. You can see it on the photo above. Annette is teaching a class called Whimsical Haunted Village in September in Florida - not even very far away from me. If I wasn't riding my bike, I would be heading that way. I bet the class will be a blast. 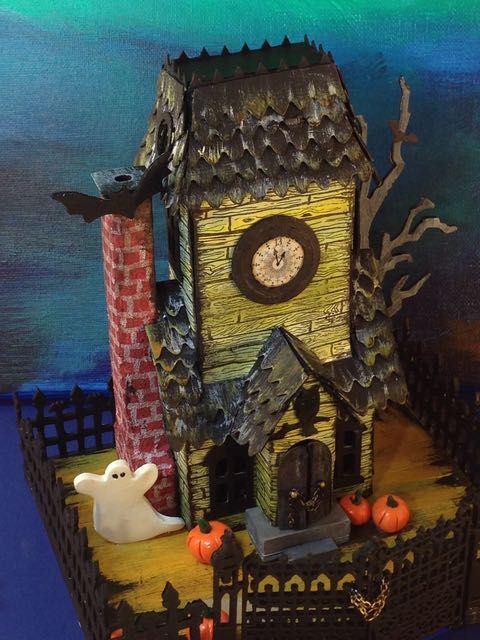 Well, I am just about done with my crafting before my trip. I plan on taking all my little houses to the hospital tomorrow to start selling them. It's kind of a pain getting all that together, but I really need to get it done.

Oh, here are some updated photos of the first Haunted Manor - I added a bat and an owl. I think it helps the house from looking so stark. 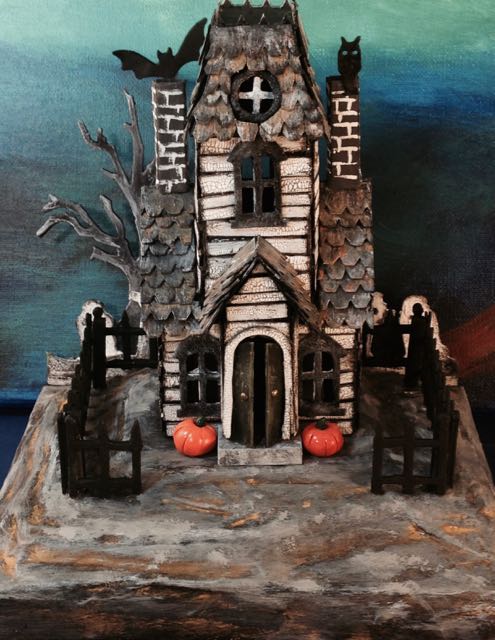 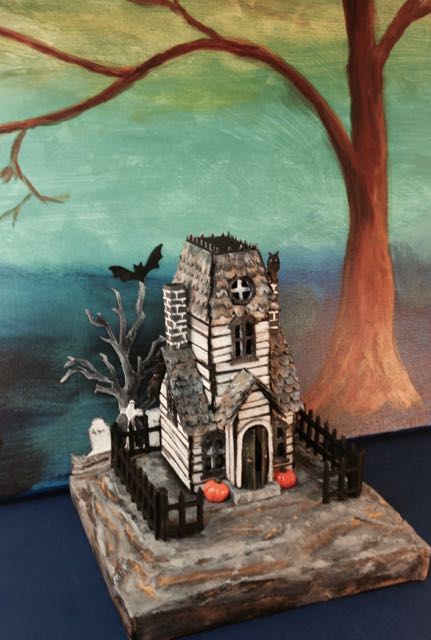 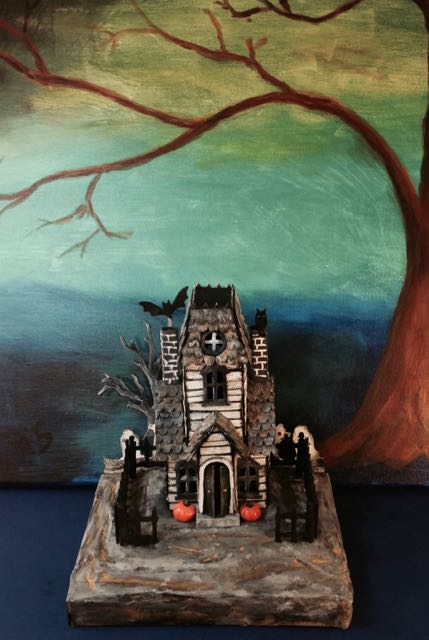