I decided to rename this house as "The Count Awaits"  rather than Slippery Slope. Slippery Slope is kind of off-putting. You can barely see the Count in the doorway below. The door doesn't open as I would like partly because of the angle of the coffin door. 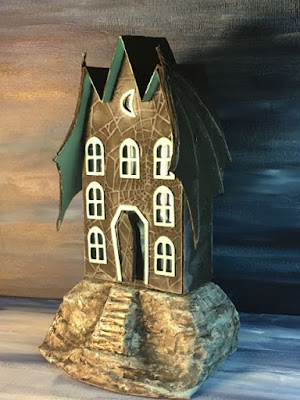 So after testing out sizes of wings and experimenting with the underwing I made the bones on the wing with some twine I had on hand. It was easy to glue down and curve. I let that dry and painted it with black gesso. Then I did test fits on house again with the underwings cut so they fit under the eaves of the house and matched up with the outside wing. 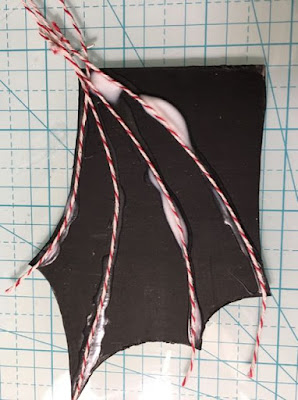 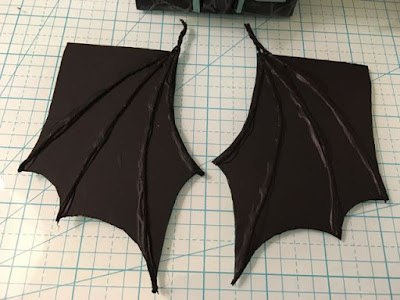 I glued the underwings on the house so they would be secure because that is the most fiddly part of making the wings. 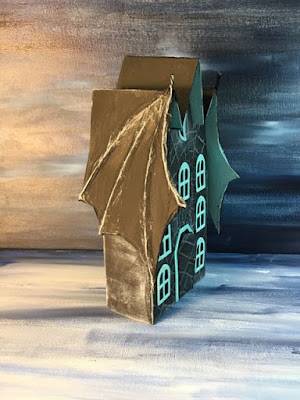 I glued the outside wings on and covered them with tissue paper folded around the edges of both wings to make them strong and make them function as one piece.

I painted again with the blue underwing color and the black on top. The edges are a little sloppy, but I am fairly happy with it. I still have some touching up to do. The spiderweb embossing is better on the back because it is not interrupted by other elements like windows and doors. I also need to distress the sides a little better. 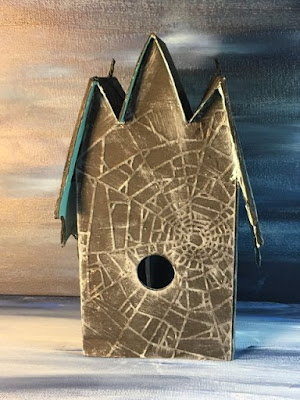 The next element to work on is the "bat ground", a moon of some sort. I have cut out 3 different moons from corrugated cardboard and covered them with paper mache. The oven again is my friend and is drying these as I speak - the turned off, barely warm oven, that is. 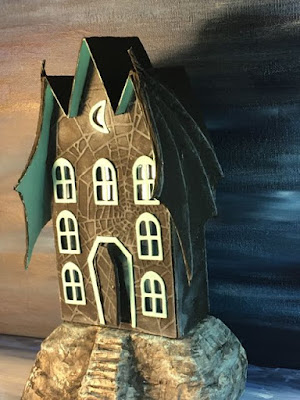 I should have this finished soon. Thank you for stopping by.