Sometimes you need a stencil for a specific idea you have and you don't have the stencil but you do have some dies that would work. However, you just don't want to cut out 20 objects to glue individually on your project. What to do? Make a DIY stencil. Yes, you have to run it through the die cut machine several times, but in the end you have the perfect stencil that you can use over and over. 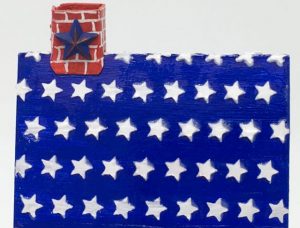 I needed a star stencil for a roof on one of my little houses, but I didn't have a stencil that would work for a little roof, but what I did have was a good star die in a strip form that would be perfect. What material to make a stencil out of? Yupo! Yupo is a waterproof, synthetic paper that made from polypropylene that is mostly used for painting with alcohol ink and watercolors. But because it is waterproof it makes a durable stencil. So here's how I made it.

Here are steps to make your own stencil using Yupo paper.

You want to make sure you like the layout before you start cutting your Yupo paper. Get a piece of scrap paper and design your specific stencil layout.

Mark the strips where you want them to go on the sample paper pattern. 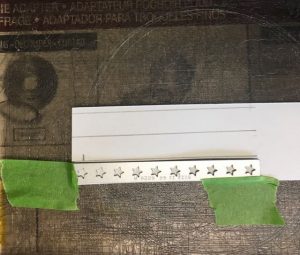 Arrange the die where you want it on your practice sample. Draw lines to help you plan where the next die cut is to go

For the star stencil, I wanted the stars to be offset a bit so I moved the die over a little for the second row. It didn't really make much of a difference for this particular die. 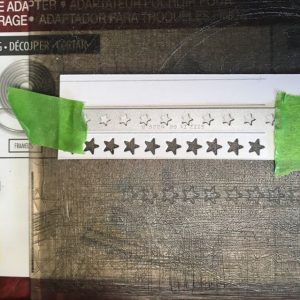 Second row slightly offset from the first row of the practice stencil.

Once the sample is cut out, evaluate how you like it. I decided to try to offset the stars a little bit better. 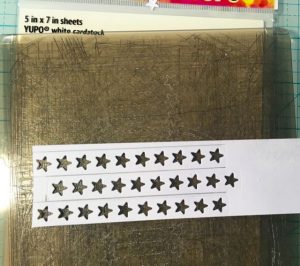 Make Your Own Stencil - Specific for Your Paper Crafts

Now we know what we want to do to make the custom Yupo stencil.

Mark the location for the die strips on the Yupo with a pencil. 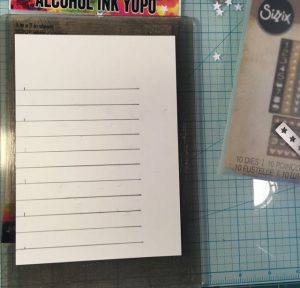 See how I've marked the location for each row of the die strip and the offset line. The practice sample on scrap paper taught me the I need to offset every other row a little bit less for final DIY stencil.

Run the die strip through your die cutting machine multiple times. Tape the die strip down each time you run it through the machine for accuracy. 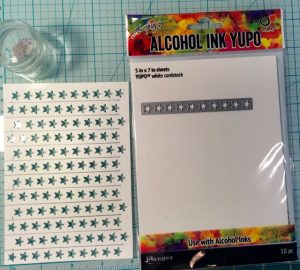 And here is the final DIY stencil - perfect for the design I have in mind.

Now I have my own DIY stencil that I can use over and over. Use the stencil just like you use a purchased stencil. Wash it off after stenciling so texture paste won't get all gunked up in the stencil. That's what you do with your regular stencils, right? Meaning, wash them after using them - not leave the texture paste to dry on the stencil.

See the Starry Patriotic House in the next post. 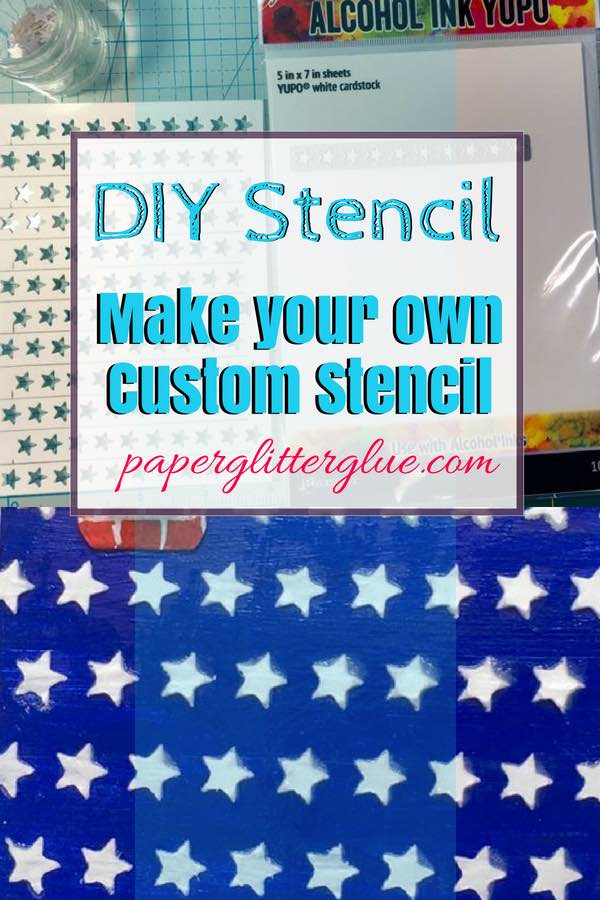 Want to remember these instructions? Pin this to your favorite Pinterest board.