Finally, I finished Five Gable Gothic. It was one of my first houses that I designed on my own and putting roofs on 5 gables was not easy. 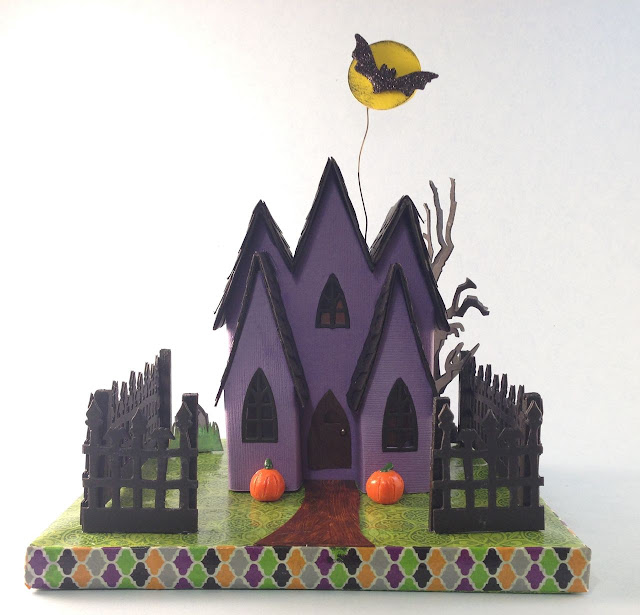 I made this one much brighter than most of the houses, but I like it. I also love the bat wing fence - it's from a company called La La Land. Their dies are awesome. The tape around the base is some halloween washi tape that I found at Michael's. I used Mod Podge Matte Medium over it because washi tape doesn't adhere too well. You can't see it from this view but there is a little gravestone in the back.

That's it for today. I hope to have the base done for the Silhouette house tomorrow. I am very pleased with how it is coming along. Then I have 2 more bases to finish all of my houses that are made so far.

The houses are at the hospital on display. Sales are a little slow so far. I put up some signs today hoping to stir a little more interest. Pricing handmade objects is very difficult - you can't charge by the hour, but you don't want to totally give your time away (even though I am selling them for charity). I picked a number that I thought people might consider pretty reasonable considering that all the money goes to a good cause.

One co-worker bought the Halloween Candy house (I called it the Little Skeleton House in that post, but it has since been renamed) for her 3 year old son. She said he wanted to take it to school and he talked about it all day to his teacher. The teacher told my co-worker that he kept talking about some little house that didn't make sense. Then when my friend went to pick him up, she brought the house to show everyone. All the kids were gathering around it and her son was being very protective of the house. When he ate dinner, he put the house in a safe spot where he could see it while he ate dinner. I thought that was funny and cute.

I hope everyone is doing well. Stay out of the rain if you can. Take care. 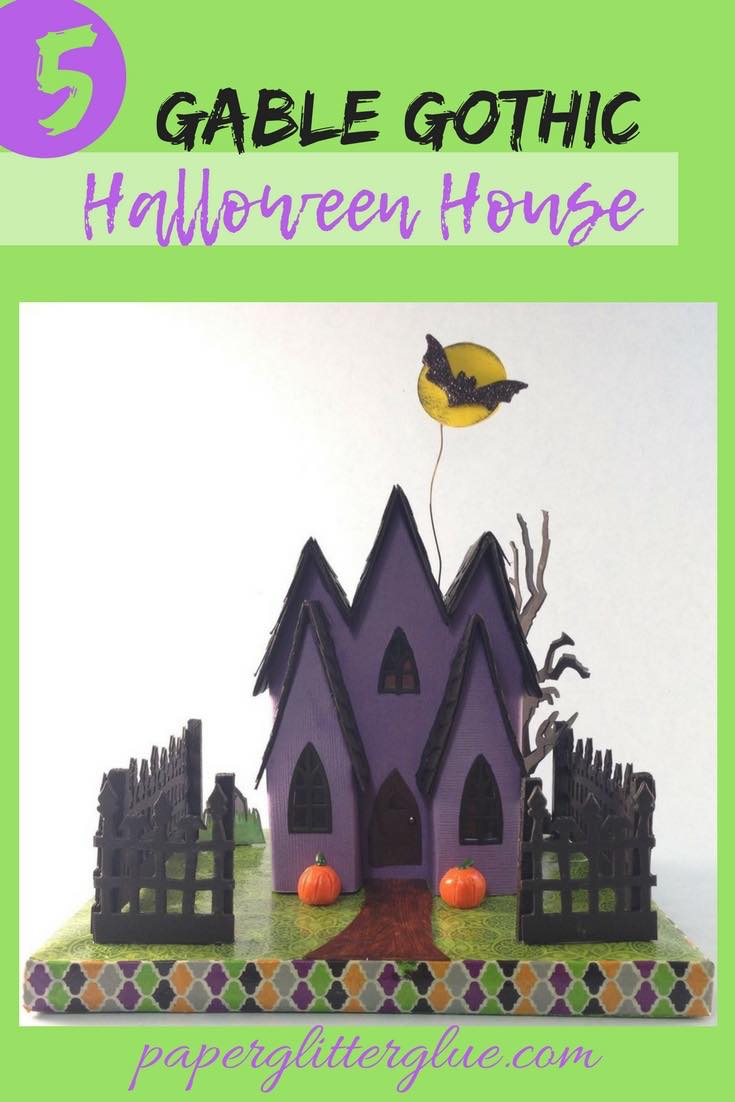