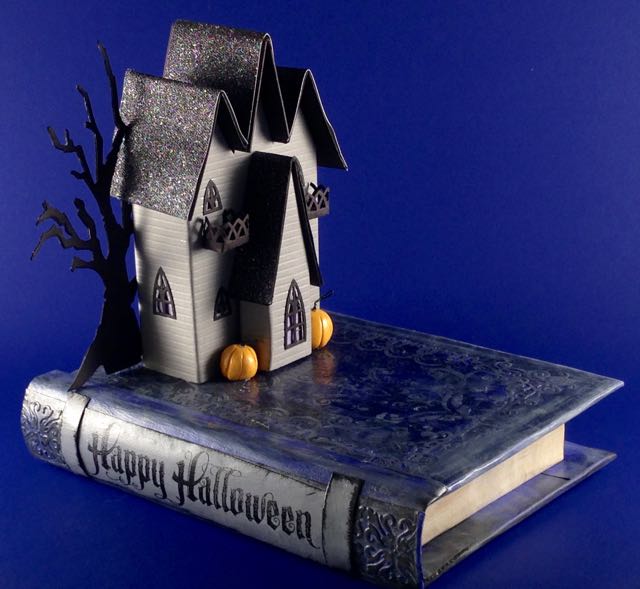 Little cardboard house known as the Triple Gable Gothic House on a book base.

This house is called "Triple Gable Gothic" based on the three gables on the roof, obviously. You may recall a photo of it in one of my earlier posts. 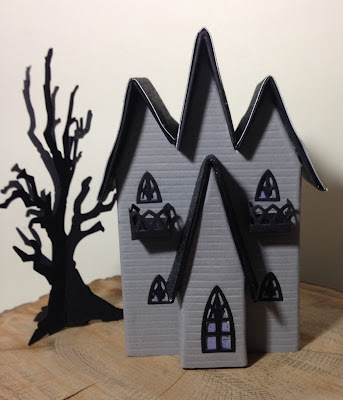 I felt like it was a little boring. The roof is made out of glittered paper rather than cardboard with glitter which is more substantial and what I use now. The front of the house, despite the balconies and the arched windows, was just a little blah. So I decided it needed a more interesting base so I made a book as the base. 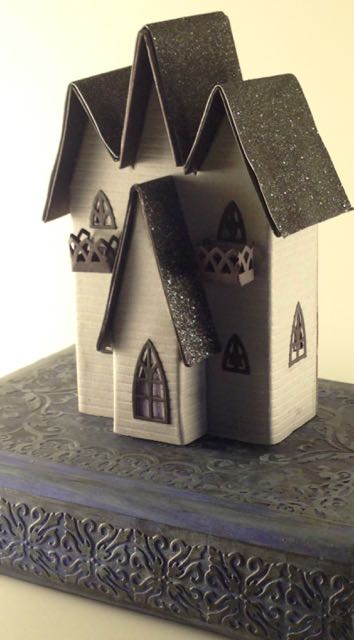 Which way does the Halloween house look best on this book?

I've got a tutorial on making book base for little houses.

The "Happy Halloween" on the top photo is a Tim Holtz stamp. I made my pumpkins out of polymer clay and the tree is the Tim Holtz Branch Tree die from Sizzix. I've used it on a lot of my houses.

I am very happy about how this particular house turned out. More houses to come. Thank you for reading. 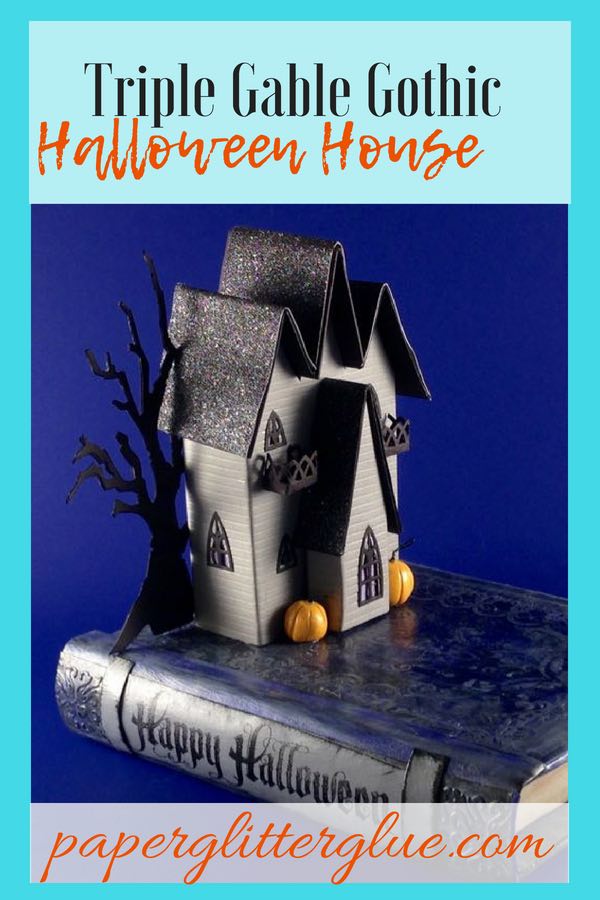