I have finished 2 other Halloween houses. These 2 are based on a pattern generously shared by Howard Lamey on the Cardboard Christmas forum. It is a wonderful pattern for a Halloween house. 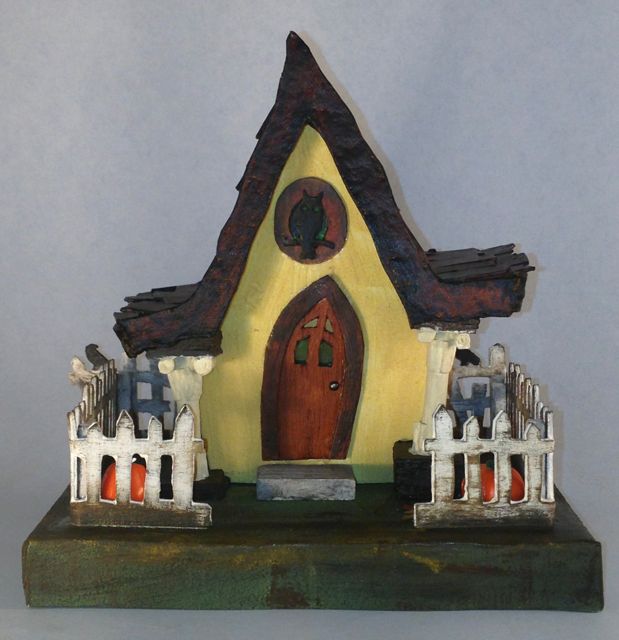 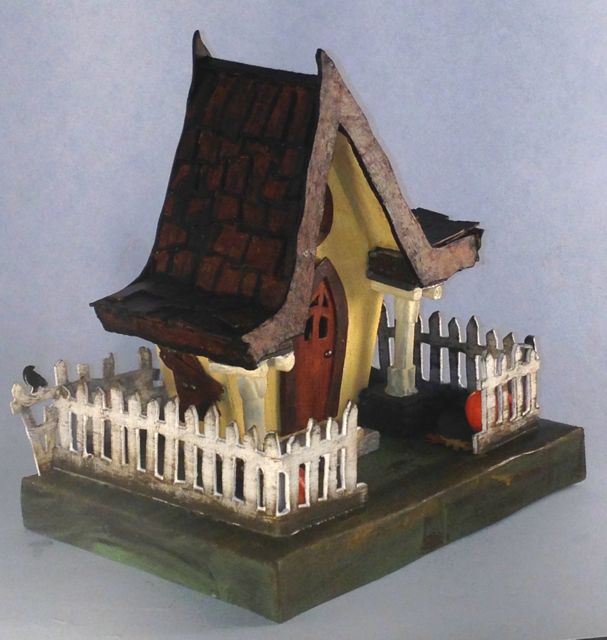 My house is very different from the one Howard did, but that just demonstrates what a great pattern it is. I've also added a Tim Holtz tree to the background, but I don't have a picture of that yet.

Most of the house is cut out by hand, but I do have a few scrapbooking elements:

Martha Stewart Creepy Fence punch - that is the back fence with the crows on it. Again this die is retired, but I cannot understand why. You can still find it online for a reasonable price.
Tim Holtz On the Edge Fence
Tim Holtz Halloween Shadows Die - used the owl on the front circular window.

My next house from this pattern is a Witch's Lair clock which can hang on the wall. 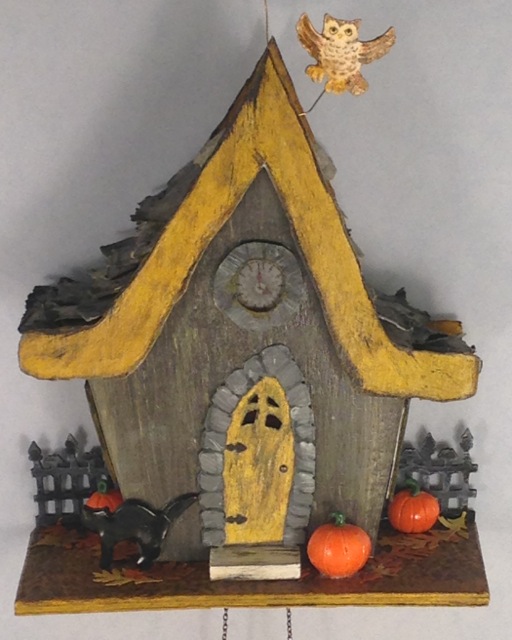 I had a difficult time with my photos on this house, partly because I don't have a light set-up to take photos when something is hanging on the wall. I also painted this house with glow-in-the-dark paint which gave it a shine and actually dissolved some of the detailed drawn on the stonework around the window and the clock. I have since gone over that with a permanent marker and it looks better.

I neglected to take a good photo of the roof which I made out of a thick egg carton cardboard which looks like slate. It is really cool.

The cat is made from a small Halloween cat cookie cutter in Sculpey clay. The ghosts were also made from a Halloween cutter and clay. I've talked about making Sculpey pumpkins in one of the recent blog posts.

I think both of these houses look better in person than in my photos. I am working on that.