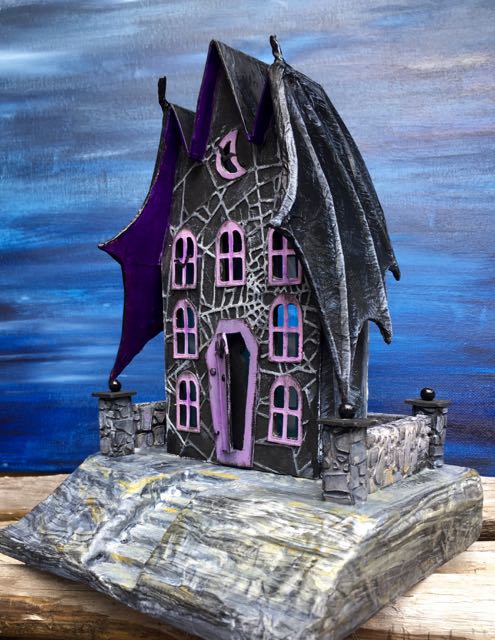 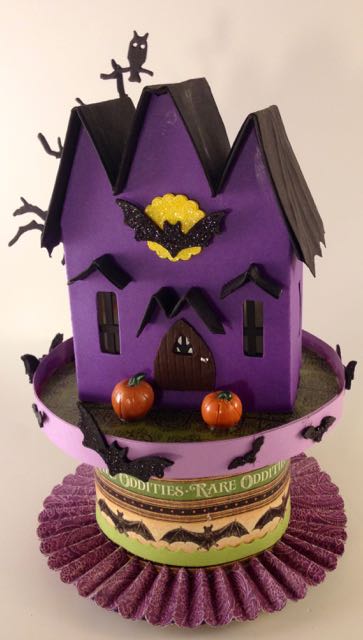 Previous posts on how to make the Bat Wing Halloween House are included in the links below:

Home Improvements on the Count's Keep

The Count's Keep "home improvements" include:

You can see them side by side below. I always like to change the houses up a little bit, but since the basic design was so similar I decided to change the color scheme. Purple is a little more Halloweeny, I think. Truthfully, though, I like the blue better because it shows up better and I'm just a blue person - that's all there is to it. 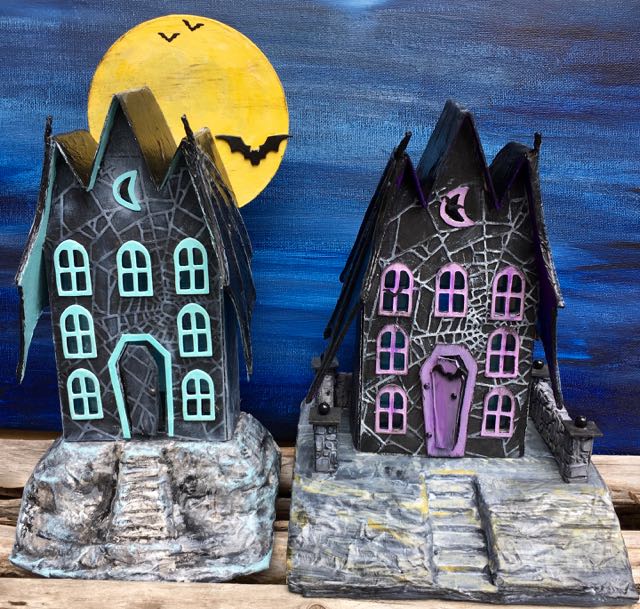 I was able to make the spider web embossed design standout so much better by using some advice I got on the Creative Carte Blanche Facebook page. Anne suggested using a gilding paste, but I don't have any white paste like that. It gave me an idea though. I first painted it with my finger like I would rub on gilding paste. It was a little messy so I decided to paint the white on by pulling a brush that had just a little white paint on it parallel to the surface of the house - just enough to catch the embossing and paint it. It worked.

Now the question is - does it make the house look better? I think the subtle design of the first one is my preference. Maybe the windows make it look too busy, because I do like the way the painted spiderweb on the back looks as opposed to the one distressed with white paint. 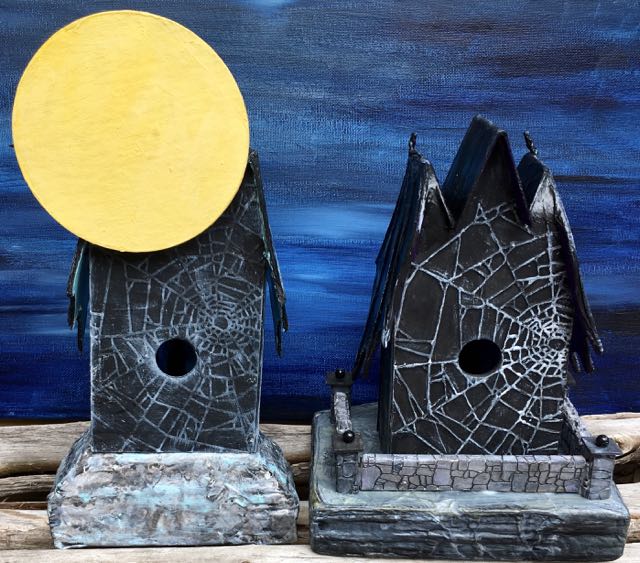 I reinforced the door with bookbinder's tape so the door can be opened and closed repeatedly without falling off. I forgot to do that on the first house. 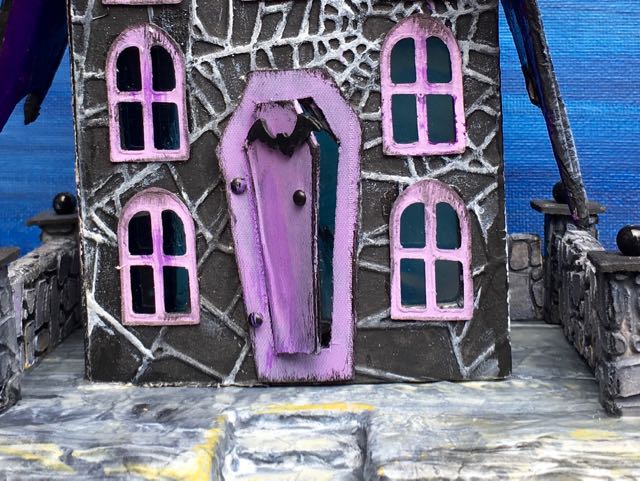 The bat wing is longer and wider on this house and the back part of the wing roofline is curved. I think it looks better, though I don't know if it is worth the trouble to do that. 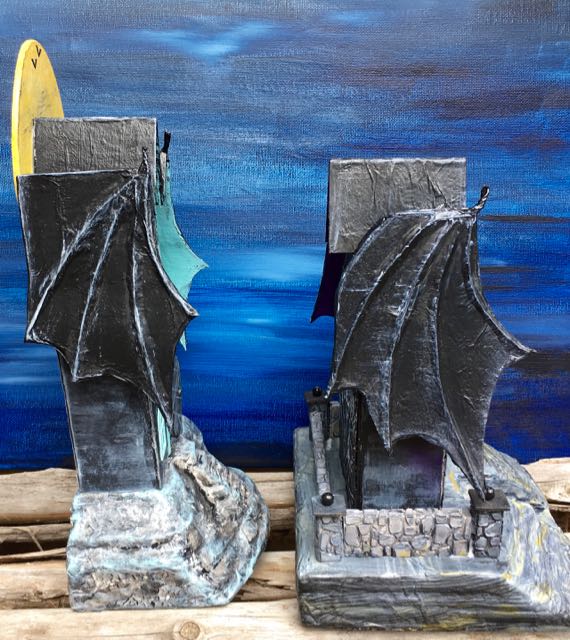 Do I need to add a moon? Probably not. 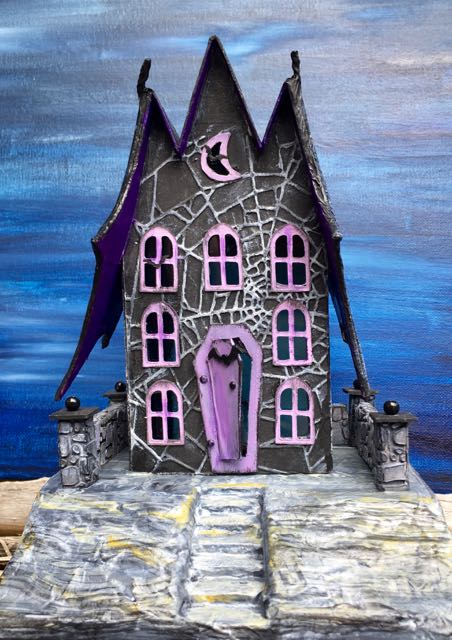 I painted the rocky base and then went over it lightly with black paint to make striations to look like stratified rock layers. 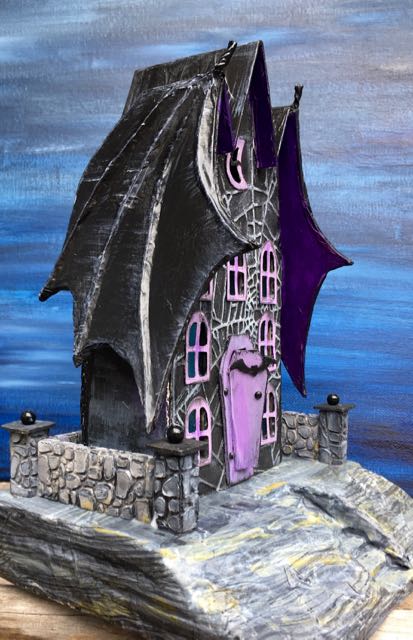 The wall is made with a Tim Holtz stone stencil from Stamper's Anonymous. I made caps for the posts and stuck a bead in the middle. The bead is anchored in the post with a wire through it so it is not easy to pull off. 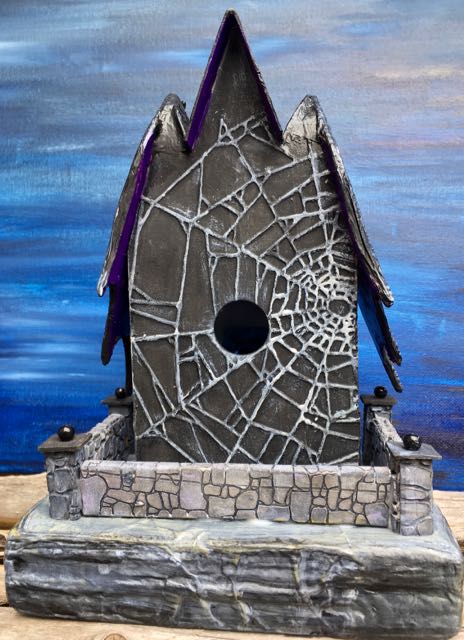 That's the latest House for Habitat. My next crafty project should be some graduation cards though I am currently lacking in design inspiration.

P.S.  Click here to see a YouTube video of the entire Halloween village of Halloween Houses for Habitat from this year. It's also on this page summarizing the all the Halloween houses made in 2017.

Next house might have round turret or two. That's the plan, anyway. Thank you for reading. Have a good day. 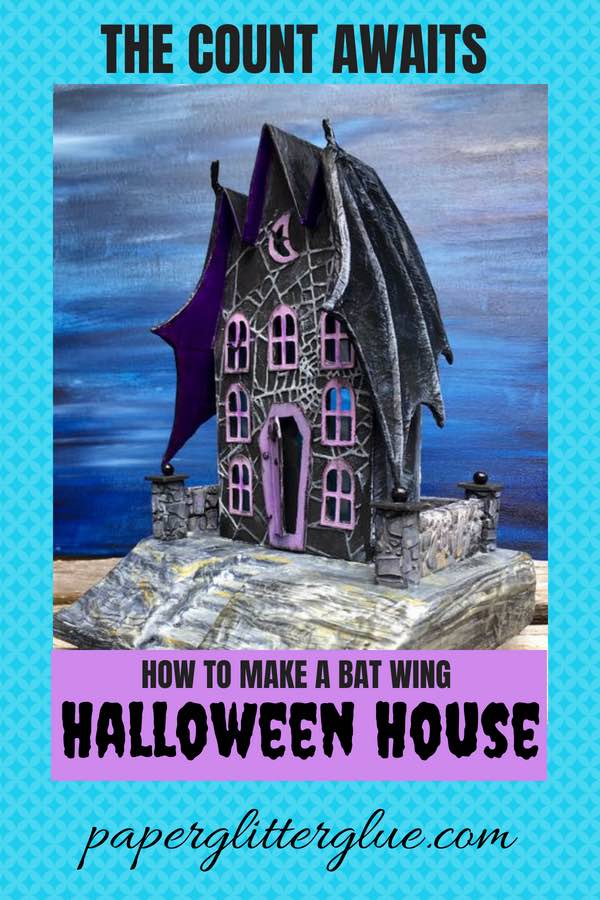 If you want to remember where you found this Halloween House, save to your favorite Pinterest board 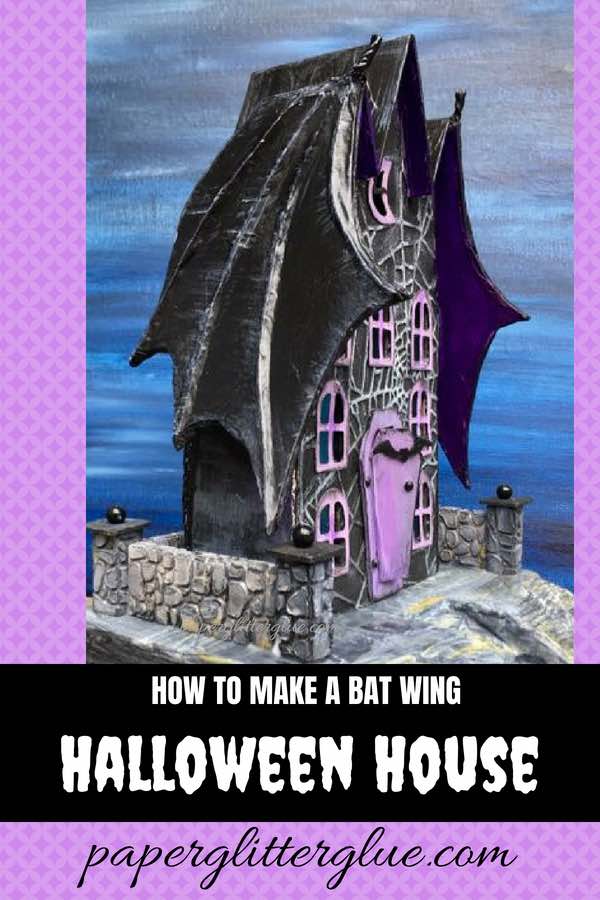 Pin this to your favorite Halloween craft board 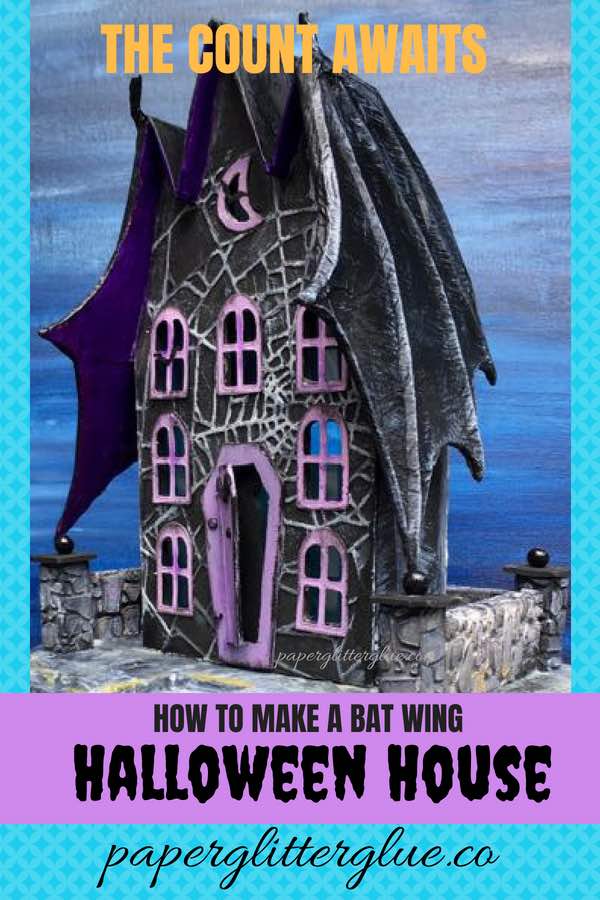 Pin to your favorite Halloween board

« The Village is Growing!
The Chateau »